The Japanese version of Elisha Cuthbert except she is primarily known for a different type of film if you know what I mean (smileyfacethingiegoeshere) but horror as well. For example, Tokyo Species. Yes, that's a real movie, and it's pretty much what you expect. You can see a trailer for it below... it looks awful and awesome at the same time. I want to see it. There's another by the name of Erotibot. That seems pretty weird, but she's topless with two swords. Count me in. She also did some Indonesian horror film called Hantu Tanah Kusir aka Carriage Ghost, which might be the only one she isn't naked in. So I probably won't see it... I mean, uh, nobody likes nudity. No one. Especially not guys. Ssssshhhhh. She is perty. How can she look so much like Elisha Cuthbert but still look Japanese? The world is a magical place. I need to go to Japan... for sushi of course. Yes, no other reason. None whatsoever. It has nothing to do with the beautiful Japanese girl in this post or the abundance of lovely girls over there. I'm digging a hole, aren't I? This is why you never write anything on the internet... dang evil internet. 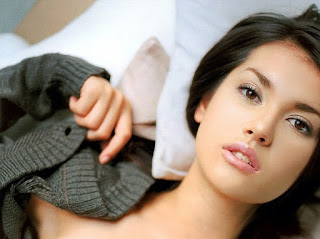 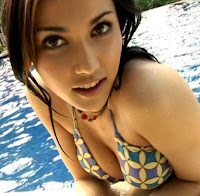 Of course, you're bound to disagree so let me know what you think! 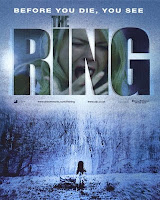 I actually prefer the American remake since it ditches the psychic stuff, the cinematography is absolutely amazing, and the way the victims look is a million times better, but of course, Ringu is what started it all so it deserves the credit. Be sure to check out the Japanese prequel Ringu 0, because it's also outstanding.

A Tale of Two Sisters

This really got me hooked on Korean cinema. It has some unbelievably terrifying scenes... watch it by yourself at night with the lights out and the sound cranked up to see what I mean. But it's also beautiful to look at too. I never bothered with the remake. I love the poster too. Pretty simple, but extremely effective, and I don't know why. 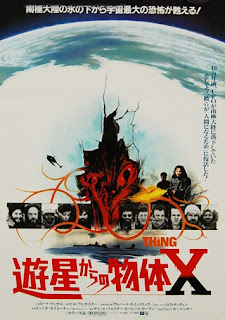 Yes, this should be at the top of the list. I love this film so much though that it isn't scary to me. It is frightening and foreboding, unnerving and creepy, tense as hell (anybody want a blood test?), etc. It is a masterpiece, but like Alien and Aliens, I love it to the point that I just stare in awe at how perfect it is. And damn, I love that Japanese artwork. 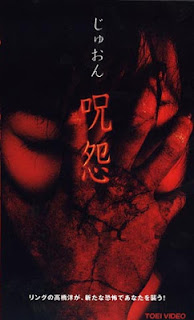 Yes, I really like Asian horror. As far as actually being creepy and scary, American films really haven't come close in recent years. Don't get me started on the remake by the same director, which is pretty much the same movie except with some shitty and completely unnecessary CGI. There is no point in watching that, but the original is excellent, and I think it's different enough from Ringu to earn a spot here. 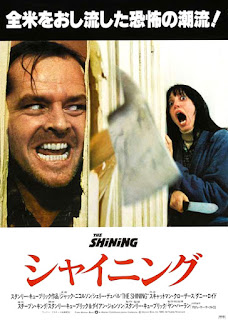 Again this list really isn't in any particular order, because this should obviously be higher. The atmosphere and Jack Nicholson make this chilling story unforgettable. I am a huge fan of the book too, but what Kubrick did deserves so much praise. Sure, his film is different from King's novel, but I think it benefits from those changes, and the TV mini-series really doesn't hold up well in comparison. 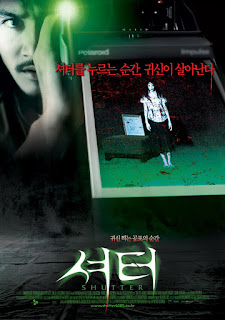 Another Asian horror movie? Afraid so, but this one is Thai, and it's quite different from the others I've mentioned. In fact, I was really surprised at the twist with the main character. I won't spoil it, but I didn't see it coming at all. Twists are common now, but very few films would have the guts to do what this movie does to its star. 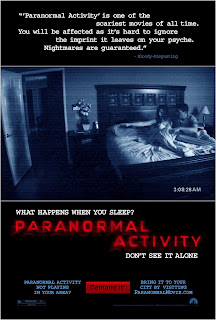 Yes, it's easy to beat this one up since it was a no-budget film, but there's a reason it got picked up by Paramount. After you watch it and you're trying to sleep alone at night in your bed, the movie can really work on you, making you think you hear something. So much so that you question every sound in the dark. It's brilliant. 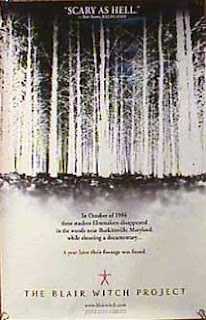 It SUUUUUCCKKSS! I disagree. It's not the greatest horror movie ever made, but how can you not love the ending? This is a tiny, tiny independent film that somehow managed to make it big, capturing everyone's imaginations and actually fooling some people into thinking it was real. That is a remarkable feat, and I think it really is a good film. The atmosphere when they're alone at night, and they hear the sounds out in the woods... 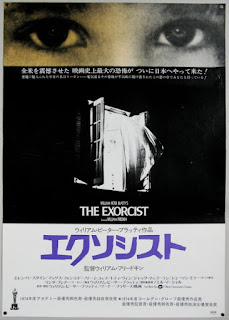 I love how little music there is in this film. It stands the test of time perfectly. This is one of my top favorites, and it needs no justification. It gets under your skin and stays there. Like so many of these other films, the ending is flawless but so is everything else: the acting, the cinematography, the storytelling, the dialogue, etc. 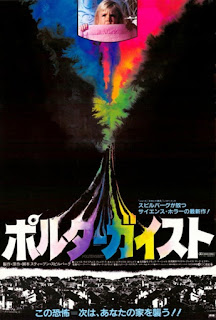 The clown scene alone proves its merit, but it doesn't stop there. This is another classic of the genre, and I hope we never get a worthless remake, but I'm sure they're already trying. The drama behind the scenes about whether Hooper or Spielberg actually directed it is interesting, but the final result shows that it doesn't really matter. The film is magnificent. And that is one weird poster.
Posted by Doug Roos at 10:58 AM No comments: 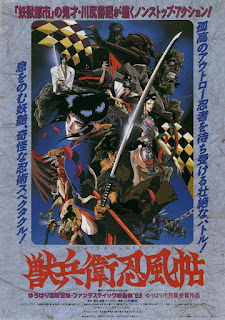 Maybe you don't like anime. Ok, but you got to see this. Besides being extremely brutal and gory with some sex for good measure, the story and characters kick ass. A lot of people love Akira, but to me, there is no comparison. This film is so much more emotional and engrossing. I can't get enough of samurai films (Yojimbo, Sanjuro, Seven Samurai, 13 Assassins), and there's no question this belongs in that category except with a million times more imagination. And even though this isn't live action, it doesn't matter one bit. I don't think Hollywood would ever have the guts to do half of what this anime does. It's definitely not for kids. I could see them adapting Akira but Ninja Scroll? No way. Not unless they butcher it. I've been in love with this film ever since I saw it long ago. Sure, it's a bit older, but it stands the test of time. Some may say it's perverse, and I won't argue, but it's brilliant all the same. Even if you can't stand anime, you owe it to yourself to watch this. There was a series as well, but I never saw it. I don't think anything could compete with the film, and I hope they never do a sequel.
Posted by Doug Roos at 4:29 AM No comments: