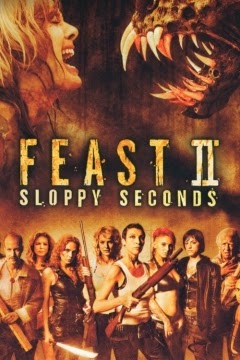 It's hard to say anything good about them. Ok, there's the Rambo III gag in Feast III, which is pretty funny, and for some reason, I enjoyed the outrageous, out-of-nowhere twist at the very, very end, but you have to suffer through a lot of crude, bad-taste bits to get there. I wasn't even a big fan of the first one since it had a fair amount of shaky cam and humor that just didn't work for me. You also didn't get a good look at the monsters, which the sequels proved may have been for the best. The clever introductions for the characters and not knowing who would die was probably the original's biggest asset, but by the third film, the formula becomes predictable (you also realize compared to the sequels, the first movie was a masterpiece). Feast II has an embarrassingly-awful rooftop sequence where the background is obviously green screen, and it stands out like a sore thumb. Then they go so over the top with toilet humor. Plus, the characters are severely lacking. I know they're not supposed to be your typical protagonists, and that's a cool choice, but unfortunately, they're not interesting either. They're pretty boring. So often the jokes fall flat because they're too obvious and infantile. 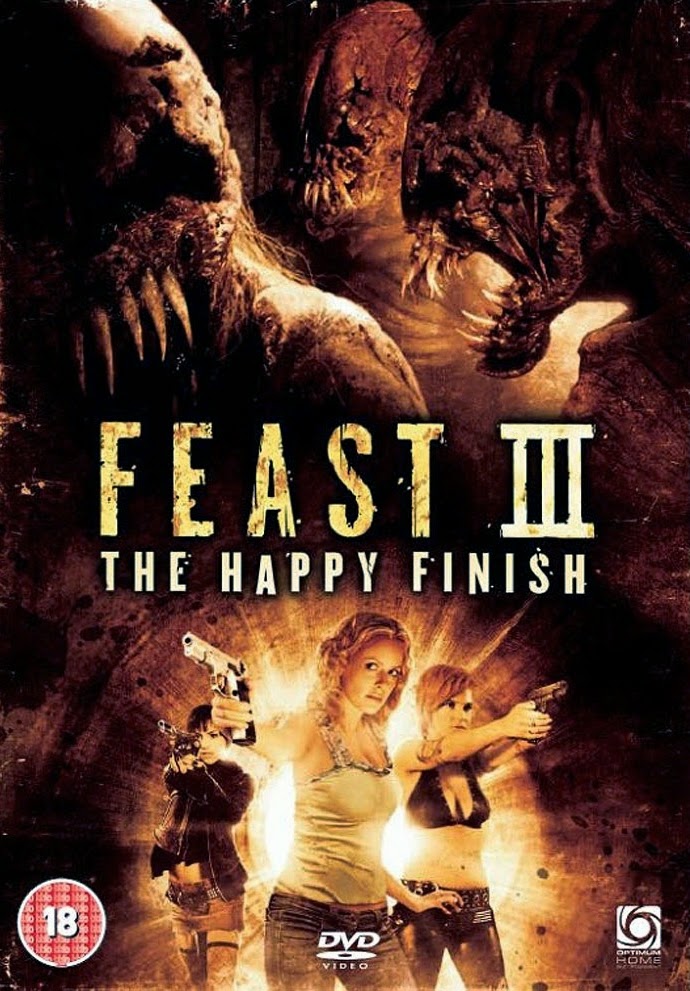 Comedy is very difficult to pull off particularly if you decide to just use a ton of bodily fluids and monsters with giant wangs. That doesn't equal funny. You can't just think of the most inappropriate, outlandish thing and call that a joke. Good humor actually has some intelligence and truth behind it. I knew pretty much what these sequels were when I sat down to watch them and I didn't expect much so I wasn't really disappointed. It's just a shame because they could've been a lot better. The faces of the monsters look great even if their bodies are pretty poorly designed. These sequels just come off as thrown together with very minimal effort like no one really cared.
Posted by Doug Roos at 5:49 AM No comments: