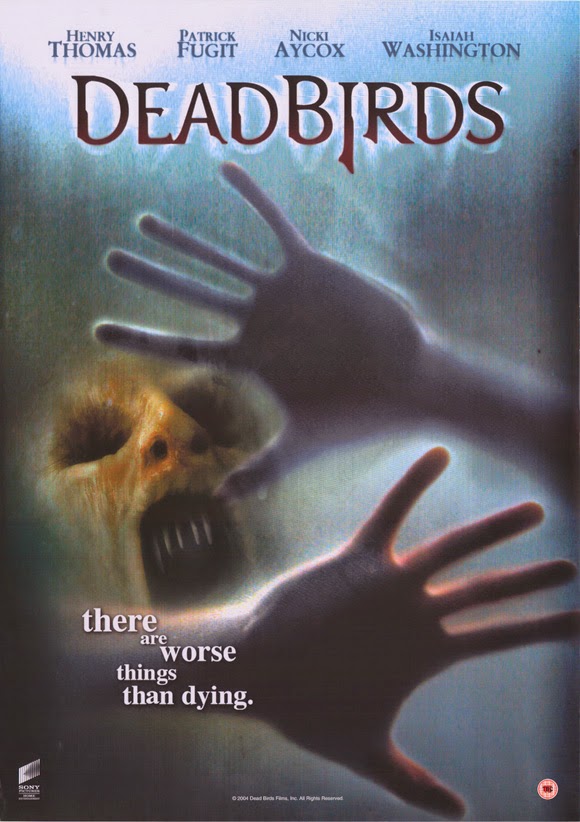 A victim of some undercooked CGI but overflowing with a foreboding atmosphere and a very unique setup, I can't help praising this creepy little gem. Let's not forget it's a horror western as well. How many of those can you count? There are also some fantastic detailed explanations for it online, and I think a lot of the seemingly-ambiguous elements become more clear on repeated viewings. The look of the monsters is pretty outstanding (despite again, the CGI, which ranges from fairly good to slightly weak), but I love the anti-hero characters, the sense of something greater and more sinister going on in the shadows, the way the story starts and progresses before coming full circle, etc.

I don't think the fact it's so good is surprising given the writer Simon Barrett who has done fantastic work recently on VHS, You're Next, and The Guest (hell yes). According to IMDb, this is the first feature written by him, and it's an incredible debut if you ask me. Some people were annoyed The Guest doesn't spell everything out for the viewer, but I think if you're really paying attention, it tells you all you need to know. The same can be said for Dead Birds in my opinion, and I'm a big fan of Mr. Barrett's approach. Of course, I think the directors of said projects also should be congratulated, because their contributions are phenomenal too. I just wish screenwriters were appreciated more. Everyone thinks they can write but really most people can't, and truly great screenwriting takes an insane amount of hard work, discipline, and determination.
Posted by Doug Roos at 9:05 PM No comments: