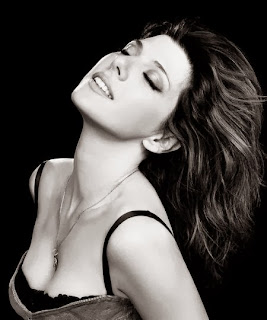 She really hasn't done much horror at all, but she did have an uncredited role as a "Health Club Girl" in The Toxic Avenger, and she also starred in the Keanu-Reeves-slasher
The Watcher, which I kind of liked thanks in no small part to James Spader. I'm a little worried about rewatching that one though. It's crazy how many films she has been in (65 on IMDb) but yet only two horror movies and many might even try to say The Watcher is a "thriller" just like The Silence of the Lambs. I call bullshit. I always hated people labeling certain classier horror films "thrillers." If your movie has a cannibal eating people's faces or a serial killer preying on women, it's a horror film, and there's nothing wrong with that. 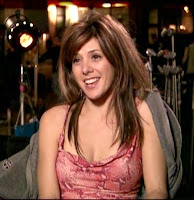 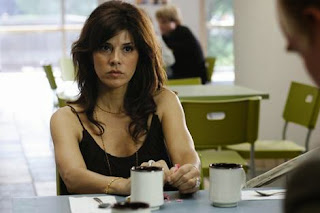 
I'm absolutely dying to see this. The 1998 Roland Emmerich piece of shit was one of the worst movies I've ever seen, and of course, Zilla was nothing but an embarrassing insult to the true King of the Monsters. Yes, I love Godzilla especially the original 1954 film and the 1985/1984 classic. I haven't been a fan of Toho's latest output. It has been full of craptacular CGI even Final Wars, which I could barely sit through despite Zilla getting a wonderful death (too bad the fights were so short). I think Legendary knows exactly what to do with this as evidenced by employing Frank Darabont to help with rewrites and their smart choice of director. If you didn't see Gareth Edwards' first film Monsters, you should, because it was quite good especially for a micro-budget debut so here's hoping he nails this. So far, the tone is perfect, and Bryan Cranston definitely raises it up a notch. Not to mention, David Strathairn. I do prefer the original proof-of-concept Comic Con teaser, which this includes enhanced bits of, but this isn't too bad either. I just want to see it... now.