Review: Invasion of the Body Snatchers (1978) 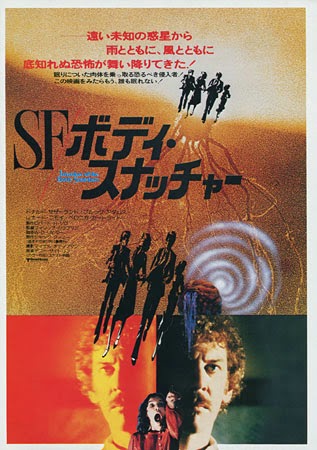 Having recently watched all four cinematic adaptations of this classic 1955 serial by Jack Finney, I have to declare this one to be the very best for a number of reasons. Obviously with actors like Donald Sutherland, Jeff Goldblum, Veronica Cartwright, and Leonard Nimoy, the cast is spot on, but what really impressed me is the way something creepy is always happening in the background. Normally, the first act would be reserved for a lot of setup that could be potentially boring or just not as engaging as when our heroes are literally running for their lives. It's different here though especially if you're familiar at all with this infamous story since they keep ratcheting up the tension even from the very beginning when a teacher nonchalantly instructs her children to take the pod flowers back to their parents (not to mention, there's also the eerie excellent credit sequence on a distant planet with the alien seeds spreading). When our main characters witness a crowd of people relentlessly chasing a man down the street, they naturally reason, "He must have done something," despite the chilling odd nature of the scene and for those in the audience who know this tale, the horrifying reality behind these seemingly mundane events sinks in even deeper. We know soon our protagonists will be in the very same situation with their only crime being that they are in fact still human amongst a growing population of soulless pod people. 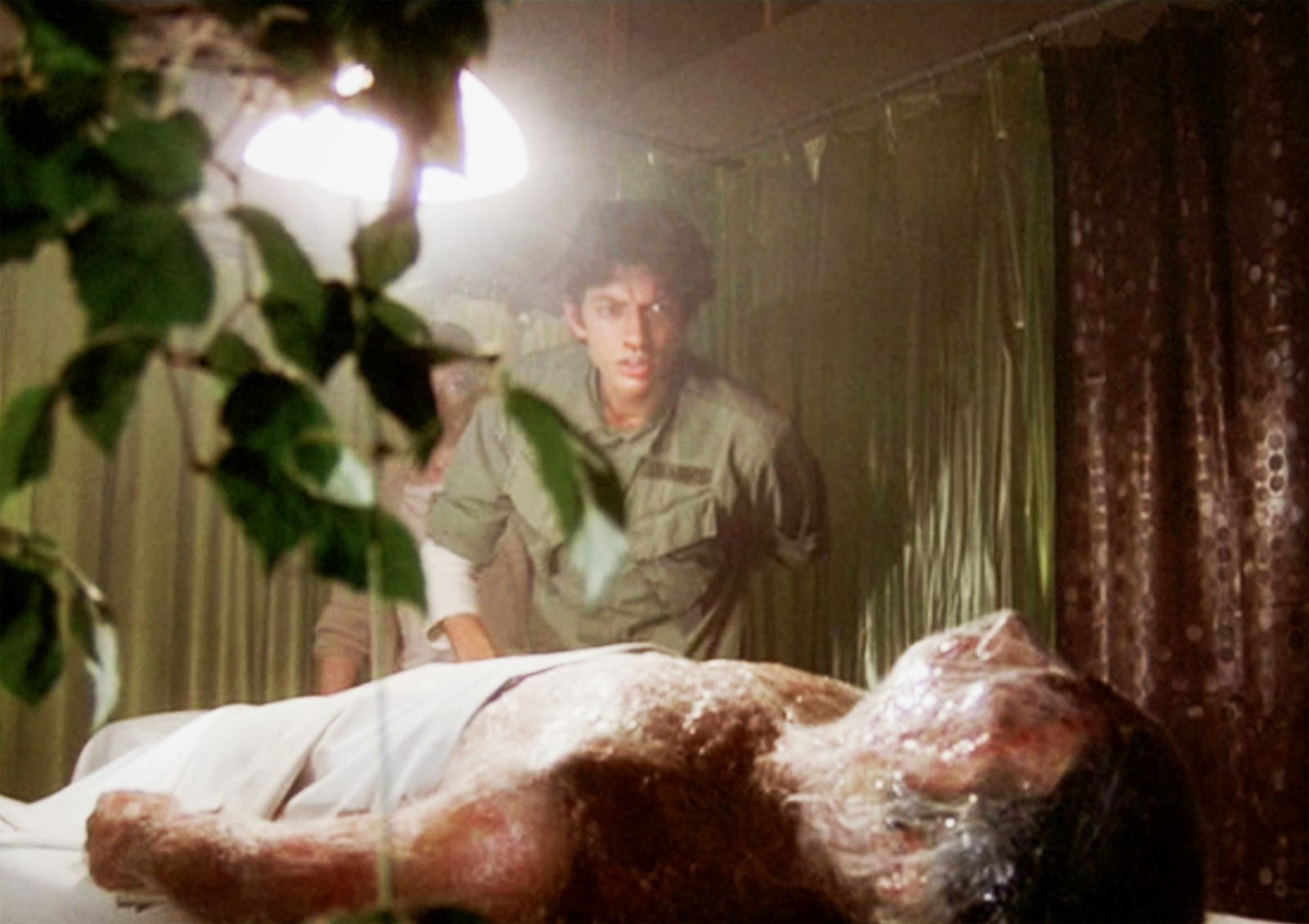 Of course, the special effects, greatly improved since the 1956 black-and-white version, really add a lot to this terrifying story particularly because you won't find a single drop of CGI. Everything here is practical. Done in-camera, and it gives every moment a visceral real quality that computers won't ever be able to touch. Plus, the actors have something physical to respond to so their performances never seem canned or glazed over. I'm not against CGI done well and in limited quantities for things you can't physically do, but I just have to admit I love practical. The opening space credit sequence without any CGI really puts a smile on my face, because I know, sadly, now that would be all computer-generated yet the clever ingenious way they did it back then still looks flawless today. 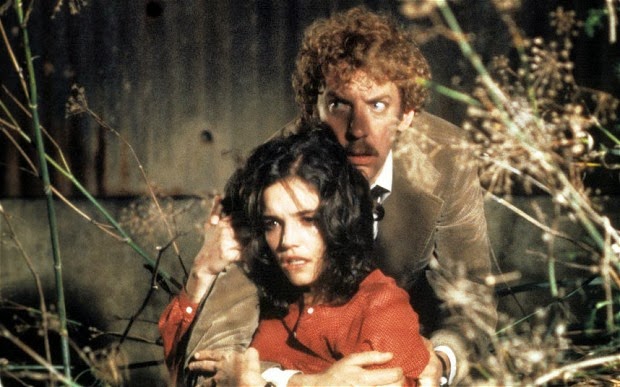 I can easily see why this story has been remade so many times. It's just creepy with two brilliant unnerving concepts at its heart: they get you when you sleep (and we all have to sleep) and my husband is not my husband; my wife is not my wife; my child is not my child; they look the same but we know they're not and no one will believe us. That screams pure horror, but aside from the weird bit with a homeless guy's head on his dog (I guess to show errors do occur and to play up the strange grotesque side a bit more though I think it's a little goofy), any future attempts to top this version are pretty futile. I do like the 90s remake; however, it still pales in comparison to this adaptation, and the most recent one ranks the lowest by far, ensuring it'll probably be a long time before anybody else tries again. If you missed this film even if you've watched the other remakes, you got to see this. It's truly a masterpiece.
Posted by Doug Roos at 12:27 PM 5 comments: