Why I Hate Found Footage 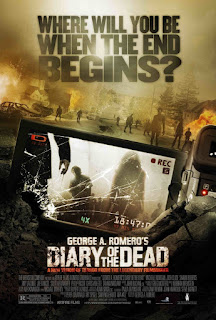 I'll preface this by noting there are some good found footage movies (Cloverfield, The Blair Witch Project, Paranormal Activity, etc.), but (and it's a BIG but) they are few and far between with most being absolute garbage. I'm so sick of it. Here's why:
1) Full of shaky cam and often ON PURPOSE.
2) Excuse for crappy picture quality (out-of-focus, overexposed, random awful angles, missing action, etc.).
3) Constantly trying to justify why they're filming (a flaw inherent in the concept). We don't need lame, pathetic reasons throughout why you're still recording... if we're watching, we already bought into it so stop reminding us that it makes no sense why you have 5 shitty cameras and keep shooting when you're about to get your head chopped off. Tell a good STORY.
4) NOTHING happens for most of the runtime. Entire scenes will literally do nothing to drive the story forward. That's because usually there is NO story. Most of these "films" you could cut out the first 40 min and lose nothing except filler.
5) Hand in hand with the above, you get scene after scene of horrible improv where young people are being dumb and "being themselves" aka almost always drinking, making unfunny jokes, etc. It's not character development just because people talk. They need actual, unique traits that differentiate them, they need to be memorable (actually funny helps too, not just your cast giggling while the audience slips into a coma), we need to root for them, etc. The cast having beers together doesn't do shit, and one character asking another character's name... wow.
6) Never get a good look at the monsters or FX. What was that? Was that something? What the fuck am I looking at? Welcome to found footage. How about a super crappy light on the front of the camera? Check. And you still can't see shit. Like blurry shadows? Here you go.
7) The whole thing just feels thrown together like they didn't have a script. Maybe they had an outline or you know put a couple words together for the title. Way to go guys. Let's insult screenwriting some more. Wait, you actually had a script? Stop lying to yourself. That toilet paper isn't a script. Did you storyboard? Not even stick figures? Oh geez, 3rd graders prepare more than you.
8) They're cheap and easy to make, which is why they look cheap and easy to make. It's also why most of them suck.
9) You often have amateur actors shooting who have no clue what they're doing so you get a lot of first-time, never-used-a-camera-before mistakes (yippie, there's a red lighty thingy blinky winky).
10) Trying to convince us it's all real. No one is falling for that shit anymore. It's fake. It's faker than fake, and stupid text at the beginning isn't going to change that. Stop.
11) More dumb excuses for why there is music, sound effects, etc. You're overthinking it, and it will never make any sense. We don't care. Give us a good movie (not a good one 50 min in) and we won't sit there questioning it.
12) Stop doing fuckin found footage! Do you have any idea how much of that shit is on Netflix right now? It sucks! STOP! Get a nice camera, put some fuckin thought into your camera angles, STORYBOARD (yes, that's a fuckin word!), use a dolly, write a real fuckin script, and quit shitting on the silver screen.
Posted by Doug Roos at 9:17 PM 3 comments: