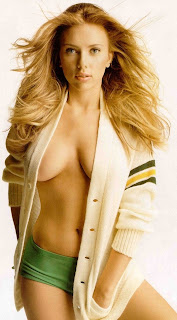 Eight Legged Freaks. That's it. The only horror movie she did, and I haven't seen it. Yes, I'm ashamed. What's really scary is she was in Home Alone 3. Ugh. I'm glad I dodged that bullet. Actually, "bullet" is probably too nice. "Exercise in pain" would be more fitting. The Black Dahlia almost qualifies... it's pretty much a slasher. Anyway, yeah, enough with the excuses. She's hot. I still can't believe some people don't find her attractive. Come on. Let's not dress up like a penguin and shoot rockets out our face. She's hot. You know it to be true. 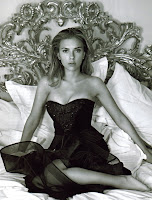 The Problem with Remakes Today 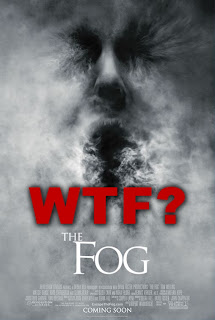 It's the sheer number of them. Sure, there have always been remakes, and of course, supporters are quick to point to John Carpenter's The Thing or Cronenberg's The Fly. Yes, those are amazing films, and if every remake was like them, no one would complain, but then you get heartless eyeball-crushing disasters like the 2005 version of The Fog. Even the poster is about to vomit on you. A few misfires would be acceptable, but when you look at how many have been pumped out every year since The Ring remake, it's astounding. In 2004, you had three horror reboots. In 2005, two. In 2006, five: The Omen, When A Stranger Calls, Night of the Living Dead 3D, Black Christmas, and Pulse. In 2007, three. In 2008, SIX! Mirrors, The Eye, One Missed Call, Prom Night, Day of the Dead, and Shutter... not even one of those was close to being good. And these are just horror remakes. 2009 had five as well. 2010 had four. Every year now, we are getting flooded with piles of their rotting corpses. This wasn't the case before when we got Carpenter's or Cronenberg's masterpieces, and it's pretty obvious why they're doing it: dollar signs. Maybe 1 out of 20 is actually good. I was really impressed by The Crazies remake, but still, that doesn't justify all the other face-sucking abominations. It's like they think horror fans are idiots, and they can keep feeding us the same recycled shit over and over. No thanks. I've had enough. I don't see these things in theaters. I don't support them. Yes, it seems like the Evil Dead remake may be another rare exception, but I'm still not rushing off to see it. The genre needs new ideas, not our classics regurgitated in puke form.
Posted by Doug Roos at 12:01 PM 5 comments:

Dario Argento's Phenomena and Dark Water seem to be the only two horror movies she has done. Yes, she fell victim to the Asian remake trend. I never even saw that one. Requiem for a Dream is pretty much a real-life horror film... they even had an article on it in Fangoria. I did see Phenomena, but it was a little weird... ok, extremely weird. More about the atmosphere than anything. I prefer Suspiria or even Tenebre as far as Argento goes. I'm really wondering who saw all these Asian remakes? Because I sure as hell didn't, and I even love Asian horror films, but after The Ring, I didn't bother. There were way too many, and it was obvious Hollywood just wanted to make a quick buck. But somebody must have seen 'em, because they kept making 'em... yeah. Was I talking about something? Mirrors are awesome. 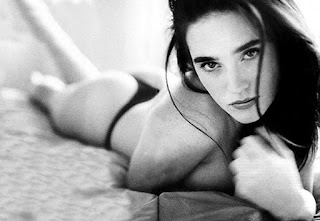 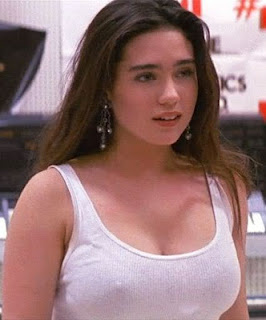 Has anyone seen Martin? 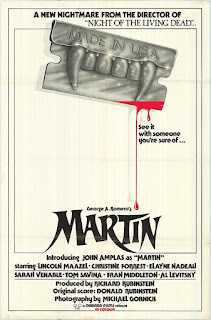 George Romero is famous for his zombie films (and for good reason), but two years before Dawn of the Dead, he also made a little vampire movie. One quite different from any other. A much more psychological, character-driven piece with very little blood in sight. And unlike Bruiser (sorry I hate it), Martin is absolutely phenomenal. The synopsis may sound a little boring, but don't let that fool you. It's good. Really good. In much the same way as Guillermo del Toro did with Cronos, Romero approaches your typical blood-sucking lore from a completely unique angle, building up his main character as a very sympathetic young man who may or may not be utterly insane. Claiming to be an 84-year-old vampire, Martin struggles with his desperate loneliness and his intense desire for human blood. His uncle takes him in and tries to keep an eye on him, but Martin's thirst only grows stronger.

The music, the performances, the cinematography, the excellent storytelling, etc. It's all flawless. Yes, the bright color of the blood does bug me a little, but that is what they always did back then. It's the same kind of thing you have to accept when you watch the finale of The Wild Bunch. For a budget of only $80,000, Romero created another instant classic that really deserves so much more attention especially with what has happened to the sub-genre lately.
Posted by Doug Roos at 8:43 PM 2 comments: