How to Learn Film Directing 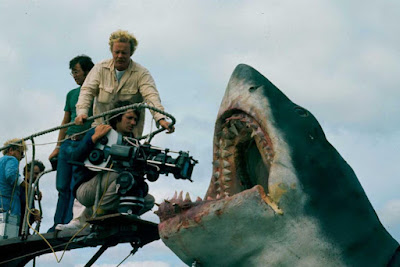 If you think a book, a class, or some making of doc is going to cut it, the sad truth is none of those will be enough. Sure they can help *a little* but the only way to really learn directing is by directing, and if you want to direct features, the only way to learn that is by directing features. Directing shorts can give you some insight but a short can be done in a day or a week, maybe a few months or six, but features take at least a year if not several. It's like running around the block compared to a cross-country marathon and even that ignores the time component, which takes forever when you get into post particularly editing (don't do it all yourself... but you will learn the most that way although you'll most likely learn you got a long way to go). Everybody wants to think you can watch someone else direct and then boom you can do it too. If you watch Spielberg, you can be Spielberg. It doesn't work like that. How many writers, producers, actors, FX artists, etc. have you seen become directors who worked with literally the best in the business but then their own work feels like a first-timer? It happens all the time because they are a first-timer. Yes, sometimes, they can level up by paying the best crews to hoist them up but so often even that fails (and it takes a lot of money). If you're watching from the sidelines, that's all you're doing. You're watching. You don't have the entire weight of that production on your shoulders, trying to juggle everything and problem solve a million things at once. Sure you can spot things *you think* they could have done better or little things they missed but how can you judge when you don't know all the shit they have to deal with? Until you are in that position with all that crap reigning down on you as you fight all the elements including motherfucking reality and your own people can you begin to understand the vast hellscape they're being crushed under especially on indies where so often one poor bastard is wearing far too many hats. Just look at the picture above. Staring into the jaws of the beast, that's film directing. Actually, Francis Ford Coppola's famous photo from Apocalypse Now is the most apt metaphor for being a film director especially an indie one. 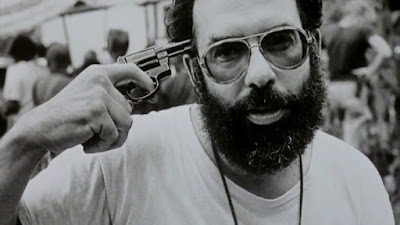